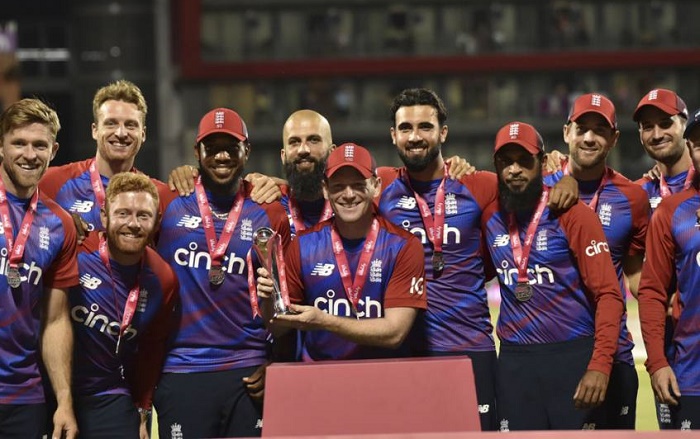 England beat Pakistan by three wickets in third and final match of T-20 International series in Manchester. England won the series by 2-1.

In the third and final match of three T20-Internationals Pakistan set a target of 155 runs in the allotted twenty overs for the loss of six wickets.

chasing Pakistan's 155 runs target, in a nail biting innings England chased the target for the loss of seven wickets and win last-over thriller to seal the T20 series.

Earlier Pakistan won the first T20 while England got victory in the second by leveling the series 1-1.