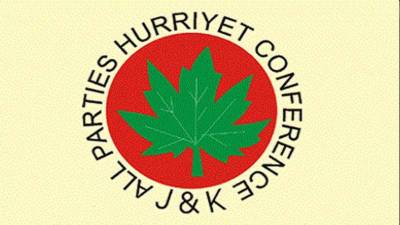 In Indian illegally occupied Jammu and Kashmir, the All Parties Hurriyat Conference has urged the UN Human Rights Council and other international organizations to send their teams to meet the illegally detained Hurriyat leaders in jails to assess their plight and use their influence for the early release of these prisoners.

According to Kashmir Media Service, the APHC spokesman in a statement expressed serious concern over the plight of Kashmiri Hurriyat leaders and activists illegally detained in Agra, Tihar and other Indian jails.

On the other hand, Indian troops and police have intensified checking and frisking in Srinagar city and other parts of the territory in the name of so-called security measures ahead of India’s Republic Day, the 26th January.

Posters pasted by Tehreek-e-Azadi Jammu and Kashmir, and Jammu and Kashmir Liberation Alliance on walls, polls and prominent places in different areas of IIOJK urged the people to observe Black Day and complete shutdown on 26th January, the Indian Republic Day.

Meanwhile, Hurriyat leaders, Ghulam Muhammad Khan Sopori and Abdul Samad Inqilabi, in their statements paid glowing tributes to the victims of Handwara massacre on the eve of their martyrdom anniversary.