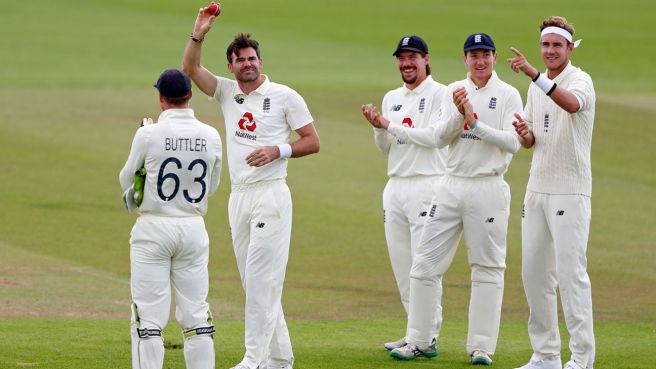 The 38-year-old dismissed Pakistan captain Azhar Ali on day five of the third cricket Test at the Ageas Bowl to join a club previously occupied by only spinners. Muttiah Muralitharan is leading the table with 800 Test wickets, Shane Warne is second with 708 wickets and Anil Kumble with 619 wickets is third.

Anderson, 38, reached the milestone in his 156th Test match, over 17 years after he took his first wicket by bowling Zimbabwe batsman Mark Vermeulen on his Test debut at Lord's in May 2003. Anderson has taken 29 Test five-wicket hauls for England.