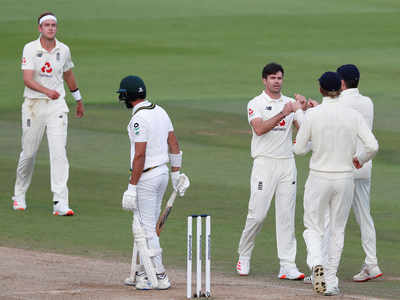 3rd And Final Test Between Pakistan And England

Pakistan are in dire straits after England's 583 for 8 declared and can only look to heavens for rescue as the slide continues with James Anderson on rampage in the Southampton test. PTV Sports is telecasting the match live.

The highlight of the test is 359-run fifth wicket stand between Zac Crawley and Jos Buttler earlier on. Buttler went on to complete his second test century in 47 tests and Crawley on the other hand completed his maiden double century after lunch getting out on 267.